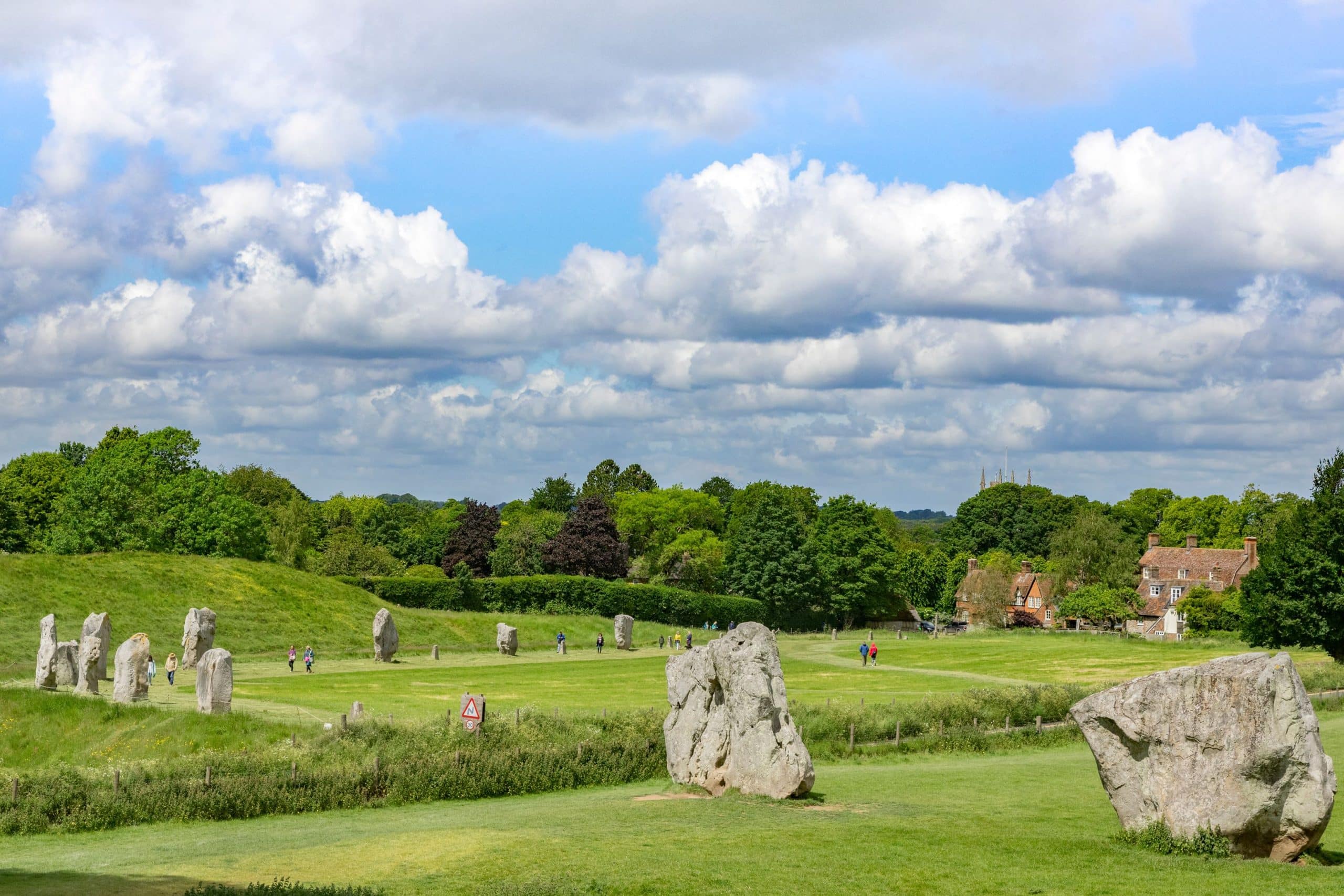 Visit Avebury Village – Everything you need to know 2022

If you plan on visiting Stonehenge, you should definitely set aside some time to explore the charming Avebury Village. Avebury is recognized as a World Heritage Site, and it is easy to see why. This incredible prehistoric landmark will transport you back in time and make you feel that there are many treasures yet to be uncovered. To help you get the most out of your visit, we put together valuable tips and information you should know before heading to Avebury Village.

Why is Avebury famous?

Avebury henge and its standing stone circles are one of the biggest marvels of prehistoric Britain. It was built during the Neolithic period, and it covers a large area around Avebury village. Inside the henge, you will be able to see the largest stone circle in Britain, which contains about 100 stones.

Avebury is part of an unusual set of Neolithic and Bronze Age ceremonial sites that seemingly formed a vast sacred landscape. They include West Kennet Long Barrow, West Kennet Avenue, The Sanctuary, Silbury Hill, and the mysterious Windmill Hill. Many of those sites can be reached on foot from the village.

November to February: During those months, the weather is very cold and damp because of constant rainfall and sharp drops in the temperature. Snowfall is generally expected.

March-April: During this period, there is beautiful weather with mild temperatures. It is also the best time to visit Avebury.

May to October: The sun is out for longer durations, making it very pleasant to roam around outdoors. Rainfall expectancy is significantly less. This one is also the peak season when many tourists visit Avebury.

Avebury and Stonehenge Tour from London

This day trip will take you from London to some of England’s most essential prehistoric sites – Stonehenge, Avebury, and West Kennet Long Barrow. During this small-group tour, you will have an opportunity to explore the incredible Neolithic sites of Wiltshire and see how they are all connected.

About Stonehenge and Avebury Tour from London

On this full-day trip from London, you will have an opportunity to visit the medieval village of Avebury, known as the world’s biggest stone circle. Take your time to explore the historic area, believed to be more than 2,000 years older than Stonehenge.

Listen all about the ghost sightings at the Red Lion Pub, located inside the Avebury stone circle, where many paranormal activities have been recorded.

Afterward, walk up the hill to West Kennet Long Barrow, one of Britain’s largest Neolithic burial tombs. Your tour guide will take you into the burial chambers and bring history alive.

The final stop of this great day tour will be the world-famous Stonehenge. Enjoy your time and explore this iconic site with an audio guide.

How to visit Avebury?

By far, the best way to fully experience the beauty of Avebury village is by going on a guided walking tour. That way, you will have an opportunity to explore many iconic sites, such as Avebury stone circle and Alexander Keiller Museum, accompanied by an expert tour guide. He will provide you with fascinating information about the monuments and their history.

To help you save your time and money, we also found the best value Avebury day trip from London. Take a look and see what this day trip includes.

Avebury henge is a World Heritage Site, and it is recognized for its Neolithic and Bronze Age monuments. During your sightseeing tour in Avebury, you will be able to see many ancient tombs, stone avenues, and the biggest stone circle in the world. You will also have an opportunity to discover and learn more about the house where the famous Alexander Keiller lived.

Another famous landmark you will be able to explore on this tour is Stonehenge. This stone circle lures millions of people every year. In 1986 Stonehenge was pronounced a UNESCO World Heritage site in a co-listing with Avebury, which is located only 17 miles away from Stonehenge.

This day tour will also allow you to explore the West Kennet Long Barrow – one of Britain’s largest and most visited chambered tombs. Built around 3650 B.C., it was in use for 1,000 years. Some cremations and the partial remains of almost fifty individuals, both male and female, have been found inside this tomb, together with grave goods including pottery, beads, and stone implements.

Is Avebury worth visiting?

Absolutely! Avebury is a world heritage site that is definitely worth your visit. Even if you’re not that fascinated by Neolithic history, this is an excellent place to go walking. The Wessex Ridgeway, the Ridgeway, and the White Horse Trail all pass through the area.

How much does a day trip to Avebury from London costs?

That depends on the type of day trip you choose. Regular day tours from London to Avebury cost around 150 euros, which is a bit pricey. But don’t worry, we’ve found the most affordable Avebury day tour for you! By choosing this option, not only will you be able to explore the Avebury region, but you will also have a chance to see visit Stonehenge on the same day.

Can you walk around Avebury?

Yes! The stone circle is entirely accessible. It is divided into four quadrants, and you can enter each of them on foot.

Which is better, Avebury or Stonehenge?

Both Avebury and Stonehenge are worth exploring, and they should be on your to-do list while in London. That’s why we recommend you to go on our selected day trip from London to Avebury and Stonehenge. As a result, you will be able to explore many prehistoric sites and learn all about their centuries-old history. For those interested in exploring Stonehenge at their own pace, Stonehenge Tickets are also available.

Good to know – Day trip to Avebury from London 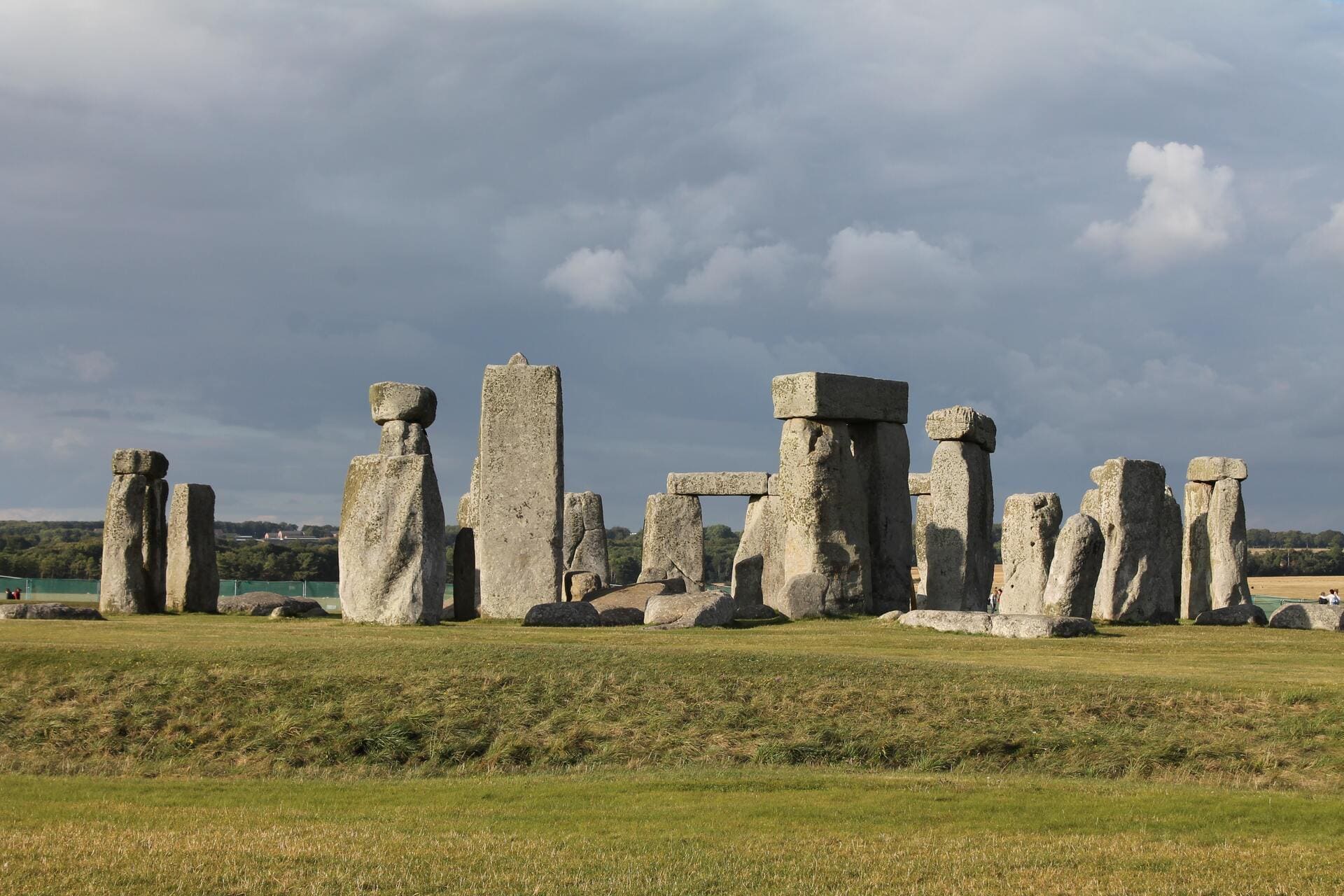 I thought it was good! The tour guide was fun, I think her name was Penny and she actually knew quite a bit of facts about the sites we went to. When we got to Avebury, I wasn't really sure what to do, it would have been nice to get more information on Avebury before getting there, because it's not a well known place.

Brandon did both driving and guide duty. He was really knowledgable, funny, and friendly. West Kennet Long Barrow and Avebury are in some ways even more interesting than Stonehenge. And a big bonus was the drive through the beautiful countryside, small villages with thatched roofs, and charming towns. All the while Brandon filled in snippets of fun details, history, etc. about what we were seeing, the history of England in general, as well as the sites we visited.