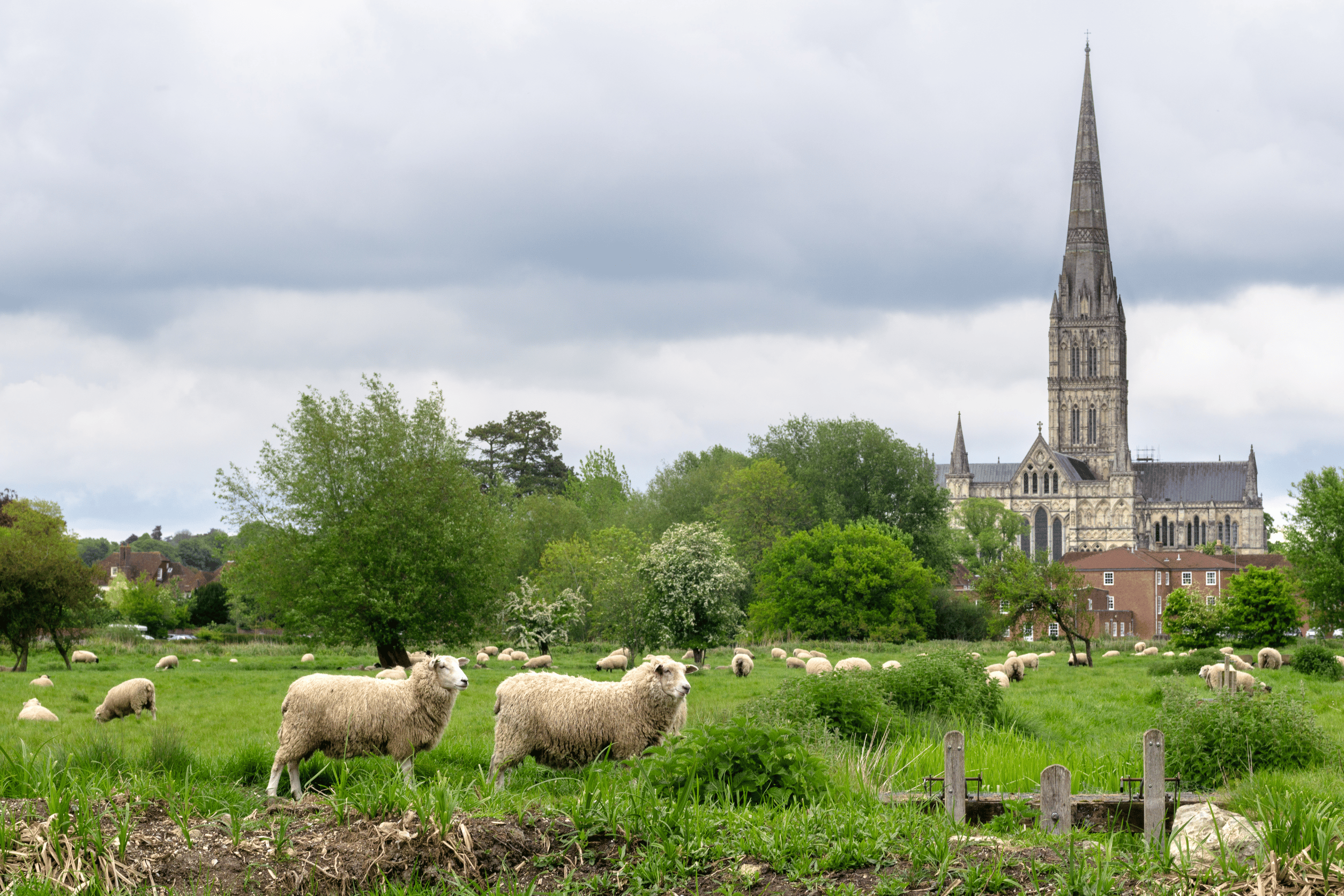 England is a place full of wonders because it has so much history. From the ancient ruins of Stonehenge to the more recent history of the London Blitz during World War II, there’s something for everyone to explore. Of course, even the cities are ideal for exploring because tourists can enjoy many activities, and a perfect example of this is Salisbury. Find out what are the best things to do in Salisbury!

Salisbury is a historic city in Wiltshire, England. With a rich heritage dating back to the medieval period, Salisbury is home to several notable landmarks, such as Salisbury Cathedral, Old Sarum, and Stonehenge, which is 13 kilometers northwest of the city. A thriving cultural scene, Salisbury offers something for everyone with its many museums, galleries, and theaters. Visitors can also enjoy various outdoor activities such as walking, cycling, and horse riding in the city’s beautiful countryside.

If you’re planning to visit Salisbury, here are some of the best places you can visit:

The Salisbury Cathedral, formally known as the Cathedral Church of the Blessed Virgin Mary, is an Anglican cathedral in Salisbury, England. The main body of the cathedral was completed in 1258. It is considered one of the leading examples of Early English architecture and one of the finest cathedrals in Britain.

The cathedral’s architecture is notable for having the tallest church spire in the United Kingdom, reaching 404 feet (123 meters) high. Dominating the skyline of Salisbury, it’s one of the tallest in England and was the tallest in the world when it was first built.

The nave is unusually wide for an English cathedral, and its Early English Gothic style is seen as a transitional phase between Norman architecture and the later Gothic styles. The cathedral’s interior is noted for its large amount of stained glass, much of which dates from the 13th century.

The Salisbury Museum is excellent for learning about the area’s history and seeing fantastic local archaeology examples. The museum is in The King’s House, a beautiful building dating back to the 1200s. The building has been enhanced with a 15th-century that has three triangular gables and intricate mullioned windows. King James, I stayed here twice, in 1610 and 1613.

The museum is notable for having the Wylye Hoard, a collection of Bronze Age jewelry discovered in the village of Wylye in 2012. The Wardour Hoard is a collection of more than 100 copper alloy items from the Bronze and Iron Ages, while the Amesbury Archer is the skeleton of a man found in the nearby village of Amesbury. He was buried at the same time as Stonehenge was being built and had the oldest gold ornaments discovered in England with him.

Old Sarum is a hilltop that was first settled in the Neolithic period and became an Iron Age hill fort around 400 BC. In Norman and Angevin’s times, there was a Royal Castle on the hilltop and the site of the first Romanesque cathedral of Salisbury. You can still see the remains of the houses in the castle’s inner bailey.

This is the perfect picnic spot for tourists because of the stunning views of the Wiltshire countryside. Old Sarum was once a bustling medieval town; today, it’s a beautiful rural retreat. The nearby Salisbury Plain is perfect for hiking, and there are plenty of quaint pubs and country inns to explore.

Stonehenge is a prehistoric monument located in Wiltshire, England. It consists of a ring of standing stones set within earthworks in the middle of the densest complex of Neolithic and Bronze Age monuments in England, including several hundred burial mounds. Archaeologists believe that it was built anywhere from 3000 BC to 2000 BC.

The surrounding circular earthwork is believed to have been constructed at the same time as the stone circle or later in the monument’s history. The stone circle was thought to be used for religious or ceremonial purposes, although its precise function remains a mystery.

A visit to Stonehenge is an unforgettable experience. The massive stones are awe-inspiring, and the surrounding landscape is beautiful. You might even see some local wildlife, like sheep or rabbits if you’re lucky.

There are several ways to tour Stonehenge, such as a guided or self-guided tour. You’re sure to have a fantastic time whichever way you explore this ancient monument.

With this ticket you'll be able to experience one of the most famous prehistoric landmarks in the whole world, the Stonehenge. Explore at your own pace by skipping the ticket lines.

Visit Stonehenge early in the morning or in the afternoon, and explore the famous ancient landmark. This tour lets you explore Stonehenge at your own pace with an amazing audio guide.

The Old Sarum airfield is located just outside Salisbury and is home to a museum that used to be found at the MOD facility at Boscombe Down. The museum is home to exhibitions of jet aircraft from the post-WWII era.

The Royal Air Force Museum Cosford is home to many iconic British aircraft, both in the form of whole planes and cockpits. Visitors can get an up-close look at some of the most famous and important RAF planes, including the Hunter F6A, Sea Harrier, Jet Provost T4, Wasp HAS1, and Meteor MK D16. In addition, the museum has cockpits of other significant RAF planes on display, such as the Hunter F6, Swift Supermarine, Hawker Sea Hawk, and Canberra T4.

Magna Carta is a charter of rights agreed to by King John of England at Runnymede, near Windsor, on June 15, 1215. The charter was a peace treaty between the king and his rebellious barons. The Magna Carta guaranteed that the king would rule according to the law and not arbitrarily. It also limited feudal payments to the crown and protected church rights.

The Magna Carta is considered one of the most important documents in history. Its influence can be seen in the English Constitution and the American Declaration of Independence. The Salisbury copy of the Magna Carta is one of only four remaining originals and is displayed at Salisbury Cathedral’s Chapter House, so seeing it for yourself is worth it.

Arundells is a historic home that was initially a Medieval canonry and was redesigned by John Wyndham in the 18th century. This is the former home of Prime Minister Edward Heath, who was in office from 1970-1974. He oversaw the UK’s entry into the European Union and lived in this Grade II-listed house on Cathedral Close from 1985 until he died in 2005.

The museum is open to the public every afternoon except on Thursdays and Fridays. Visitors to the museum can see various artifacts and items related to Heath’s life, including his personal belongings and gifts that he received from world leaders during his time as Prime Minister. There is also a collection of art by Winston Churchill and Walter Sickert, where you can see their artistic expression.

The Mompesson House is a beautiful historic building located in Salisbury, England. It was built in the early 1600s for Sir Thomas Mompesson, who was a member of Parliament for the Salisbury constituency on three occasions. This National Trust townhouse is a beautiful example of Queen Anne-style architecture, built at the turn of the 18th century. It’s located on Cathedral Close, making it a perfect place to explore what the historic town offers.

Mompesson House is a beautifully designed home from the same materials as the Salisbury Cathedral. Some features to look for while touring the house are the intricate stuccowork on the walls and ceiling, the grand oak staircase, and the many pieces of period furniture. The house is well-preserved and is open to the public for tours.

Fisherton Mill is an art gallery in the south of England that has been open for nearly 25 years. The gallery is in a converted Victorian brick grain mill built in 1880. The gallery has ample exhibition space, artists’ studios, and a cafe.

The Fisherton Mill Art Gallery is great for finding local and national artwork. With new pieces always coming in, there’s always something new to see. In addition to the gallery, there’s also a gift shop selling artwork from over 200 different artists. The cafe is also award-winning, making it the perfect place to relax after a day of exploring the gallery.

If you want to learn a new skill or hone your craft, look no further than the calendar of workshops at the Design Museum. With options for interior design, knitting, needle felting, calligraphy, and glass design, there’s sure to be something for everyone.

Wilton House is the main reason to visit the town of Wilton, just a few miles from Salisbury. This grand old house was once an abbey, but after the 16th-century Dissolution of the Monasteries, it became a stately home.

The original Tudor residence is still visible in the building’s central tower on the east side. The rest of the building was designed by the famous Inigo Jones in the Palladian style in the 17th century and then the Gothic Revival style by James Wyatt in the early 1800s.

The Double Cube Room was designed to be one of the most beautiful staterooms of its time. It was decorated with portraits of the Earl of Pembroke and his family by Anthony van Dyck. In the Great Anteroom and the Upper Cloisters, you can also see paintings by the Rembrandt and Brueghel brothers.

The building is remarkable because it has a separate campanile and many of the fittings are much older. The central apse window has beautiful French stained glass from the 12th and 13th centuries. The south end of the side aisle has marble columns from the Temple of Venus at Porto Venere, which date back to the 2nd century BC. There are also historic ledger stones and memorials from the former Parish Church of St Mary, which were brought here after the church was demolished in the 19th century.

This beautiful Elizabethan Prodigy House is located a couple of miles down the Avon River. It was built on a triangular footprint over several years at the end of the 16th century.

Work began again in the 1580s after Sir Thomas Gorges, the house’s owner, showed Queen Elizabeth I some gold he had found at a shipwreck from the Spanish Armada. The home is private and only open to the public for 28 days a year. These days are usually booked up months in advance.

The art collection at Longford Castle is incredible, with paintings by some of the most famous painters in history, including Frans Hals, van Dyck, Thomas Gainsborough, and David Teniers. The castle also has a stunning collection of Brussels tapestries and furniture from the 1700s from Europe and Britain. Beyond that, it also houses beautiful oriental porcelain on display.

Things To Do Salisbury – Conclusion

There is so much to do in Salisbury that you could easily spend a week here and not get bored. From exploring the historic city center to visiting one of the many museums or galleries, there is something for everyone. There are also plenty of restaurants, cafes, and bars, so you’ll never be short of somewhere to relax and refuel.

If you’re looking for things to do in Salisbury, we can help you! We offer tours to Stonehenge and Salisbury, so we assure you that you’ll have a great time at affordable prices. Simply go to our website to purchase tickets!